Five sweet golf options near the southwestern shores of Michigan

BENTON HARBOR, Mich. -- When you think of golf in Michigan, the resort courses of northern Michigan usually come to mind.

But perhaps quality options that are more accessible can be found on the shores of the southwestern part of the state. There, you'll find a collection of communities and courses that are easily accessible to golfers from Chicago as well as Michiganders everywhere from Kalamazoo to Detroit.

Generally, the golf in the southwestern part of the state is not only solid, but also affordable and, with a couple of newer courses in the area as well as some old standbys, quite varied.

From the new Harbor Shores golf course in Benton Harbor to the cozy HawksHead Links in South Haven, there's something for every taste and budget. What follows are five recommendations for anyone considering a golf trip to southwestern Michigan:

Harbor Shores in Benton Harbor, a Jack Nicklaus signature design, is already the site of a major. Having just opened in 2011, this KemperSports-run facility hosted the Senior PGA Championship presented by KitchenAid in 2012 and 2014, which is really remarkable when you consider what the site used to be. Nicklaus turned what was once an Environmental Protection Agency-designated Superfund site into a dramatic wetlands course with spectacular tee shots, creative bunkering and very challenging greens. More than $9 million was spent on environmental issues alone.

The 6,971-yard, par-71 golf course is part of an overall 530-acre development that will include homes, trails, a marina village and a river walk.

"All I know is that he (Nicklaus) got to pick the best part of that," said Ross Smith, director of golf at Harbor Shores.

The course is a mixture of different styles. There are links-style holes, parkland-style holes and tree-lined holes with plenty of elevation change. Perhaps the most talked about is the green on the par-5 10th. The three-tiered putting surface has a severe slope and breaks from front to back. During an exhibition match between Nicklaus, Johnny Miller, Tom Watson and Arnold Palmer, Palmer had a putt from the bottom of the green return to his feet, only to watch Nicklaus throw down a ball from the same location and sink it.

Home of the Western Amateur from 1971-2008, Point O' Woods Golf & Country Club is one of Michigan's most revered private clubs. Located in Benton Harbor, a number of notable players found their way to victory at Point O' Woods, including Tiger Woods, Phil Mickelson, Curtis Strange, Ben Crenshaw and Tom Weiskopf.

The good news is that there is a way for the traveling golfer to play this 1958 Robert Trent Jones classic. Golfers can book stay-and-play packages (in conjunction with Harbor Shores, which is nearby) to gain access, which is well worth the effort and expense. The club has a few cabins on the property that golfers can reserve.

If you really want to test your golf game, this tree-lined pure golf course will do just that. The course demands accuracy off the tee, a sharp short game and good course management. Slick greens and thick rough are part of the package, as well as some pretty tough par 3s. More than anything, though, it is just good hard-nosed traditional golf. Being able to shape shots is a must since it's unlikely you'll avoid the trees altogether. Plus, you'll want to be able to work your way into pins.

If you like your golf courses pretty and well manicured with terrific, quick greens, then Ravines Golf Club in Saugatuck is a must-play. This Arnold Palmer design has all the elements most golfers look for -- playability, beautifully conditioned fairways, true putting greens and interesting holes. Plus, the golf club has a terrific golf shop, clubhouse and practice facilities.

While every hole is enjoyable, there are a couple that could be considered the course's signature holes. The 14th is a 623-yard par 5 that carries over (you guessed it) a large ravine from the tee, requiring an accurate and long drive. Fortunately, the golf course has four sets of tees, so if you play the right yardage, the carries are minimized or even eliminated.

After golf, players can enjoy a drink or casual dining in Arnie's Cottage, which offers sandwiches and other light fare. The signature dish is a Kobe burger served on a pretzel roll.

Originally opened in 1965, Grand Haven Golf Club has undergone a number of improvements over the years since the Rooney family bought the facility in 1998. Designed by Bruce Matthews Sr., the course was in a state of neglect when the Rooneys took over. But over the years, the family has cleaned up the course, rerouted a couple of holes and built a new clubhouse, reminiscent of Shinnecock Hills. Those improvements are ongoing, by the way, as the course, which is located in Grand Haven, has gained favor in southwestern Michigan.

The facility might also be America's most patriotic, since family member Dan Rooney, a pilot in the Air National Guard who severed several tours in Iraq, is the founder of the Folds of Honor Foundation. Rooney's efforts have gone nationwide at public and private facilities in what is now called Patriot Day. The annual charity events raise funds for the families of killed servicemen.

In addition to plenty of tree-lined golf holes along the shores of Lake Michigan, the facility also offers a nice golf shop, expansive short-game area and practice range and a full-service grill called the "Falcon’s Nest," in honor of the F-16 fighter that Rooney flew over the Middle East.

HawksHead Links in South Haven might surprise you. It has sort of a sandhills look that is somewhat reminiscent of Pine Valley. And while it will never be held in such high regard, it's a memorable golf course that's extremely playable.

Because of its sand base, the course also drains exceptionally well. Even after heavy rain, there's little standing water, the greens roll well and it isn't necessary to remain on the cart paths. In fact, on many parts of the golf course there are no cart paths, which is a major plus in playability (fewer unfair bounces). Wide fairways, excellent conditions and interesting greens await on this Arthur Hills/Steve Forrest design that tops out at 7,000 yards.

In addition, this family-owned facility has an excellent bread-and-breakfast type hotel, the Inn at HawksHead, a restored Old English Tudor mansion with nine guest rooms. It's perfect for groups, couples or families. The quaint hotel also features a terrific restaurant, known for its understated elegance and fresh-flavored American cuisine.

Mike Bailey is a senior staff writer based in Houston. Focusing primarily on golf in the United States, Canada, the Caribbean and Latin America with an occasional trip to Europe and beyond, he contributes course reviews, travel stories and features as well as the occasional equipment review. An award-winning writer and past president of Texas Golf Writers Association, he has more than 25 years in the golf industry. Before accepting his current position in 2008, he was on staff at PGA Magazine, The Golfweek Group and AvidGolfer Magazine. Follow Mike on Twitter at @MikeBaileyGA and Instagram at @MikeStefanBailey. 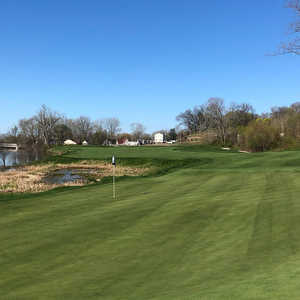 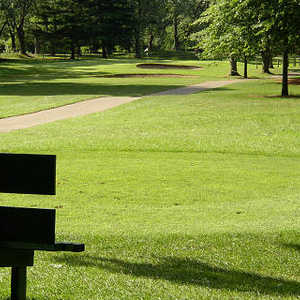