Conquer the ski hill of The Jackal Golf Club at Mt. Brighton

BRIGHTON, Mich. -- The owners at Mt. Brighton were a little late to the party in transforming their ski hill into a golf course.

The fifth hole on the Jackal Golf Club at Mt. Brighton plays to this peninsula green.
«

When The Jackal Golf Club opened in 2001, it was the latest -- and likely last -- Michigan ski hill to become a golf course.

Ski hills provide the elevated tee shots golfers love. The challenge always is how to mix slopes and fairways without screwing up either sport. Jerry Matthews, who has designed more golf courses in Michigan than anyone, successfully weaved the two together at the Jackal, for the most part.

"I think he did a great job for bringing the hills into play and making the course flow at the same time," said Director of Golf Larry Kuebler. "With 252 acres, people don't realize how much land there is (behind the ski hill)."

The only major hiccup comes right off the bat. The 6,702-yard course starts out awkwardly, with a makeshift astro-turf tee wedged between the ski lift and a safety net erected in response to a lawsuit by a property owner below. The next four holes play tough through narrow tree-lined corridors and wetlands, culminating with a peninsula green at No. 5.

It’s a stretch that can derail rounds before players are warmed up enough to put up a fight. The Jackal eventually settles into a nice rhythm starting at the pretty par-3 sixth where scenic vistas make it memorable.

The par 3s at No. 9 and No. 11 fall off elevated perches to huge greens. The tee box at No. 8, cut into the side of the hill, is another thriller. Big bombers can attempt to blast one around the corner to reach the green, although it’s a risky proposition.

Matthews also added trouble in the middle of the fairway to spice things up a bit. He dug a bunker in the fairway on No. 7, a long slog that plays 425 yards up the ski slope. A gigantic tree blocks the fairway on the second shot at the par-5 16th, forcing players to shape a shot around it.

"It is a challenging course. If you play smart, it can be rewarding," Pinckney resident Steve Aschenbrenner said after a round this summer. "The views are just cool. I get out there, and I’m looking all around. I forget I’m supposed to play golf."

The Jackal Golf Club: The verdict

When I first played the course at its grand opening celebration, I thought the Jackal felt too forced into the landscape because it was so penal. I’ve since changed my mind.

It’s a fun round of target golf. It will steal at least two balls, but that’s okay. Unless you’re better than an 8-handicap, play from the white tees. 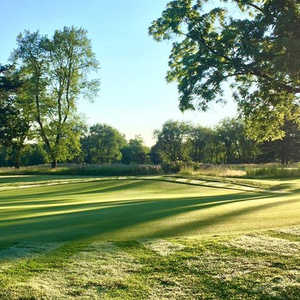 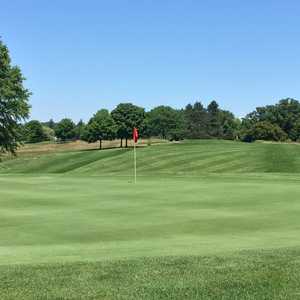 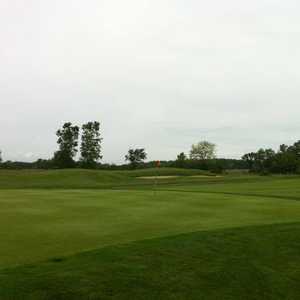