South/West at Tanglewood - The Lion


Tee times from $34 Tee times in this area

Tanglewood in South Lyon is home to 27 holes of championship golf that are collectively known as "The Lion." The holes are dived into three nines: the North, South, and West; that are played in three different combinations. The golf courses sprawl across a gently rolling landscape, which doesn't offer dramatic elevation changes but it is undulating enough to make finding a flat lie no easy feat. The South/West Course is tight, offering little room for error. There are creeks and ponds that come into play several times throughout and there are also out-of-bounds in play on most of the tee shots. The sixth hole on the West nine is called the "Michigan Hole," since the green is shaped like the lower-peninsula of Michigan, accented by a geographically correct replica of the Mackinac Bridge. The South/West combination is the club's most popular.

No ratings or reviews so far | Submit your rating
« 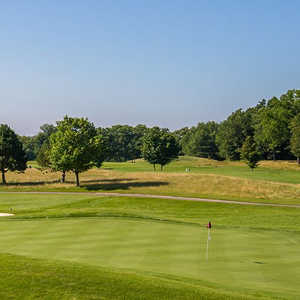 West/East at Links of Novi
Novi, MI
Details Book from $32
<>