And with this experience comes an overwhelming respect for the game of golf and its history.

Parkinson - who has seen it all in the sport since turning professional in 1967 - can only imagine how good he could have been with the help of modern technology.

Back when Parkinson had his European PGA Tour Players Card, (which he first earned in 1977) golf didn't involve much training or coaching.

You simply watched other golfers on the tour and tried to duplicate the things they did right.

Golf wasn't a full-time job with the immense sponsors as in today's game. Rather, golfers like Parkinson played in a few tournaments annually with the help of the country club they worked at.

"The guys who usually played in the events represented the clubs," the Liverpool, England, native said. "They have a family, house and car to pay for. If you didn't make it {the cut} by Friday night, you would come home with zero."

For Parkinson, it's amazing to see how the game has evolved - especially the modern methods of training.

With this in mind, Parkinson has opened his own golf school in Rochester, Mich., which uses video technology and the aid of a system called ASTAR. Thanks to these modern advances, students are making improvements each day.

What if the likes of Ben Hogan had these types of resources?

"I would have been playing on the European Tour for 35 years," Parkinson said. "You used to have to take bits and pieces here and there and try to put them together. I can get to people very quickly with this. Years ago it wouldn't be able to happen."

His swing would have certainly been straighter.

"Usually, I didn't think my swing was as long or that I was over the top of the ball," he said. "I didn't understand the posture aspect of swinging and I was always hunched over my ball. This makes a tremendous difference."

The Trevor Parkinson Golf School (TPGS) is equipped with seven hitting areas, each one with a visual communications system (ASTAR) that provides instant feedback.

"We can sit down at a computer screen and display their practice video," Parkinson said. "We make a tape for everyone and they can take it home and watch it."

The school is making a difference with players of all skill level.

"Whether it's a good player or a beginner, they go home and stick their tape in the VCR," Parkinson said. "This way, the become familiar with the terminology. They can see what they are doing wrong and how to fix it."

Thanks to the help of video and Parkinson's 35 years of experience, the school is taking off.

Over 200 students are enrolled at TPGS and are receiving the benefits of one-on-one attention and modern technology. Included in your school membership is personalized service and full use of the facilities, individual instruction, personalized tape to bring home and the use of ASTAR during all practice.

Parkinson the improvements in your game will be obvious. However, making the tour is another thing.

He knows from personal experience how difficult it is to get on tour.

"To give you an example, if you have got a guy playing with a three or four handicap, it's possible to stay on and do damage," he said. "I'm talking about the average 6,800 yard course he knows well, he'll shot in the mid 60s each time."

With the help of video teaching, maybe this dream for some will become a reality. 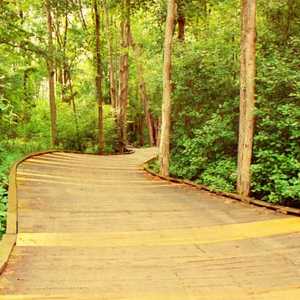 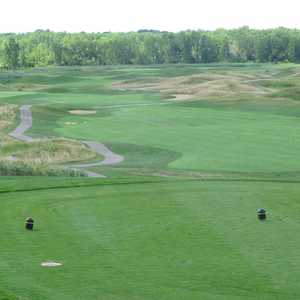