Most of the nation's great golf course architects have stamped their names on courses in Michigan, a state that boasts the most public golf courses in the country, a surprising stat considering the "true" golf season is just four months long.

Despite the invasion of some big name architects, Michigan's golf course landscape is dominated by local names - from Ray Hearns, Bruce and Jerry Matthews, Tom Doak, Rick Smith, Bill Newcomb and Arthur Hills, who lives nearby in Toledo, Ohio.

But there's one big-time name who keeps coming back to design Michigan courses again and again - the King himself, Arnold Palmer.

In the last year and a half, Palmer and his Arnold Palmer Management Co. have recently added two new semiprivate designs to the three public courses already sprinkled throughout the state. Joining the Legend Golf Club at Shanty Creek, the Ravines Golf Club and The King's Challenge are two layouts much closer to metro Detroit - The Preserve in Fenton and the Northville Hills Golf Club.

People might point to Orlando, Florida, and the Bay Hill Golf Club as Arnie's home, but Michigan is slowly moving up the ladder. At this year's Par-3 Shootout, held at Treetops Resort in Gaylord, Michigan, Palmer told the media that Michigan has been good to him over the years.

"My basic philosophy of golf course design is straight forward - to produce courses with lasting quality that are exciting and enjoyable for all players," Palmer is quoted as saying on a Northville Hills brochure. "I truly enjoy designing fun and challenging golf courses."

He has given a little back with these two new gems.

NORTHVILLE HILLS: Who would have thought that Wayne County still had enough land for a dream golf course and upscale housing community just waiting to be developed?

The 926-acre site was formerly a county child development center until it closed. Then the county sold the property to multiple developers and businesses. Besides the more than 650 homes, priced between $400,000 and $1.5 million, the complex will offer senior apartments, a business park, a retail center and parks.

The golf course is its centerpiece. Although some huge houses line the fairway at times, this 6,907-yard championship layout has a natural appeal with its expansive, untouched wetlands, nature areas and its golden brown, knee-high heather grass. Water comes significantly into play on 14 holes.

The course demands supreme shot-making with irons, something Arnie knows all about.

"Some (players) will lose a lot of balls," Palmer said during a visit to the course in 2000.

Because the course is semiprivate, the facilities - the clubhouse, driving range, swimming pool - are all top of the line. That explains the healthy price tag of $78 on weekends for non-residents.

The best holes on the course are the 405-yard 14th hole, a dogleg right that features a split-level fairway. A 200-yard carry will put players on the proper, upper tier and give them a shot at the green that is hidden by trees on the right and a bunker left. A scenic 186-yard shot over water to a well-bunkered green highlights No. 17.

There's no doubt this development was needed as inner-city Detroit tries to clean up its image nation-wide. Visitors need only drive a half-hour from the Metro Airport to enjoy the golf here.

THE PRESERVE: Even though the course has plenty of room to mature condition-wise, the wonderful topography of the land and its natural settings will ultimately make this 6,874-yard layout a treat to play.

Palmer and his design team went all out in creating the Preserve. There are 81,000-square-feet of bunkers, including 14 sod-faced bunkers, a rarity in Michigan. All holes have at least four tee boxes to accommodate any player, and some have as many as eight to provide unlimited variety.

Most of the fairways are wide enough to hit, but undulating enough to create some tricky lies. Several holes have some ferocious carries over swampy wetlands, including two brutal par 5s, both of which play more than 550 yards from the white tees.

A 156-yard drop shot to the sixth green over a rock wall is the first of the course's great collection of par-3s. No. 8 is an uphill climb of 214 yards over two cavernous sod-faced bunkers and swampland. The fierce two tiered green on No. 12, a 173-yard hole, is some 30 feet above the tee. No. 14 plays similar to 12, while water runs the length of No. 17, a 221-yarder that can play dead into the wind.

The Preserve recently changed management and is now owned and operated by Palmer's Management Co., which should ensure that the course continues to improve. The parking lot was recently paved and the clubhouse should have full food service ready sometime in August.

Fortunately, several tornados that have ripped through the property haven't created any major damage.

Here's a quick look at the other Palmer courses:

THE LEGEND: This is the granddaddy of the Palmer courses in Michigan, opening in 1985 before the state's massive golf boom of the 1990s. It also might be the most recognizable Palmer design because of its affiliation with Shanty Creek, a posh resort in Bellaire.

This 6,764-yard par-72 is laid out over a sprawling 600 acres with six water hazards and 57 bunkers to test every player's best. The recent opening of the highly acclaimed Cedar River Golf Club has stolen some of The Legend's thunder, but it's still a must play, rating No. 19 on Golf Digest's list of America's 75 Best Resort Courses. Schuss Mountain and the Summit Golf Club are the resort's other fine courses.

KING'S CHALLENGE: This 6,593-yard, par 71 was opened in 1998 in Leelanau County in northern Michigan resort country, which helps explain its $72 per round fee during the summer. Rolling land provides hilly vistas for golfers to enjoy. For more information, call 888-228-0121. The course's address is 4600 S. Country Club Drive, Cedar, MI 49621. The signature hole is No. 8, a 548-yard dogleg par 5. The green is guarded by two sand traps and water.

THE RAVINES: This course's mantra is a "true golf experience." With a price of $89 during the summer, the Ravines, located at 3520 Palmer Drive in Saugatuck, is a luxury golf course, both in price and playing conditions. Soaring pines and several ravines that dot the course create hazardous playing conditions, but wide fairways will help keep your score under control. For a tee time, call (616)857-1616. 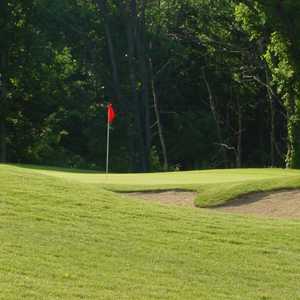 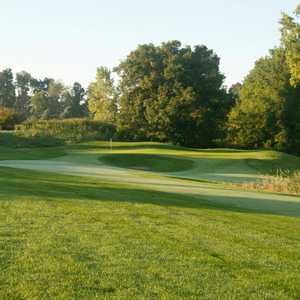