GAYLORD, Mich. -- Playing a great course under clear blue skies on Aug. 25 was a perfect way to celebrate the 25th anniversary of the Gaylord Golf Mecca.

The par-3 sixth hole on the Masterpiece Course is what earned Treetops Resort its nickname.
«

Well almost. It could have been perfect if Paul Beachnau's tee shot on the 13th hole of the Masterpiece at Treetops Resort went in the hole for an ace instead of sliding by two inches from the cup. Beachnau, the executive director of the Gaylord Area Convention and Tourism Bureau, has been swinging for a hole-in-one behind the scenes for years, working tirelessly to keep the Mecca humming through thick and thin.

Instead, he had to settle for birdie on a layout that looks as good as it ever has, condition-wise, at a resort riding on the crest of a major comeback.

Today, the Mecca consists of 17 courses and 20 lodging properties. Over the years, courses have dropped out -- such as the four-course Garland Resort this year and Forest Dunes Golf Club in Roscommon -- but the synergy between the core Gaylord properties continues.

"I would have never envisioned we would grow this big," Beachnau said. "The success is the golf courses continue to work together. They have bought into the notion that a rising tide raises all ships."

Beachnau said the Mecca originally formed because statistics indicated that 20 percent of the nation's golfers live within a five-state radius, making Gaylord an ideal drive-in destination. Selling it in the early days wasn't easy, though. "One of the biggest challenges was to convince golfers to come to northern Michigan," he said. "We heard it all. 'Where are you (located) again?' 'It's really cold up there.' It was really hard (to sell)."

Once players started experiencing the gorgeous northern woods, cut into hills and ridges by glaciers centuries ago, the word spread quickly. By 1997, the Mecca had grown to include 22 courses -- many built that decade -- generating $20 million in business.

Beachnau believes the quality of the courses keeps players coming back. Rounds were up 13.7 percent in 2011 from the previous year, and all indications are 2012 has been another banner summer.

"There has been unbelievable growth," said Kevin McKinley, the director of golf at Treetops Resort who is the Mecca chairman. "Listening to the buzz for the season, we are up (significantly) again."

Leading the charge has always been Treetops, home to five courses. New General Manager Barry Owens, hired from Garland in 2010, has reinvented the iconic resort with new marketing ideas and a reinvestment into the golf courses. Nobody in the state has a better lineup of architects than Treetops with a Tom Fazio (Fazio Premier Course), a Robert Trent Jones Sr. (Jones Masterpiece Course) and several Rick Smith courses (notably the Smith Signature Course and Threetops). Owens also convinced the popular local band, Jeff and Sue/Cult of 2, to begin performing at Treetops, adding much needed nightlife to the resort.

But like any championship team, the supporting cast certainly deserves more credit.

The Otsego Club is currently up for sale, but its two courses -- the Tribute Course and the Classic Course -- and its Bavarian-themed lodges are still special. The resort was scheduled to close later this fall for the first time, shuttering its private ski operations all winter, but a last-second save by some members will keep the resort and ski hill open through the cold months.

The Pines at Michaywe celebrated its 40th anniversary of playability and affordability with a special scramble outing. The Gaylord Country Club remains known for its slick greens. Marsh Ridge Resort Course has a tight but beautiful course and great food service at Jac's Place. The Natural at Beaver Creek Resort aims to reinvent itself under new ownership. Black Forest Golf Club, one of Tom Doak's original design, plays tough, while its sister course, Wilderness Valley, is more forgiving.

Two of the Mecca's premier courses are out of town: Elk Ridge Golf Club in Atlanta and Black Lake Golf Club, a Rees Jones design in Onaway. The Black Bear Golf Club in Vanderbilt offers a rare 19-hole design for play. Gaylord's roster of places to play remains as deep as any destination in the country. It will certainly attract golfers for another 25 years and more. 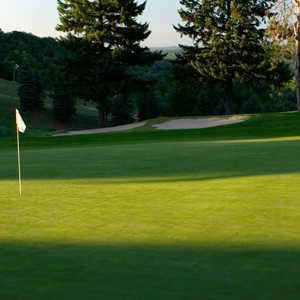 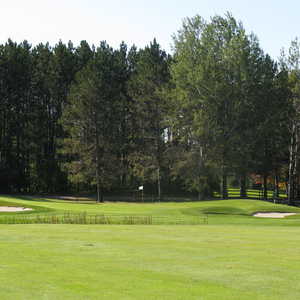