With new course on the way, spotlight shines on Island Resort's Sweetgrass Golf Club in Harris

Since opening in 2008, Island Resort's Sweetgrass Golf Club has remained a top-10 course in Michigan. With a new course on the horizon, the resort could be among the best casino/golf spots east of the Mississippi.

One of five historic metal truss highway bridges that are course landmarks at Sweetgrass.
«

HARRIS, Mich. -- As he describes the layout of a future golf course at the Island Resort & Casino in Michigan's Upper Peninsula, it quickly becomes clear that General Manager Tony Mancilla has provided much more than the broad brush strokes.

After telling a group of golf writers he'll take them through a few of his favorite holes on a topographic map, Mancilla proceeds to break down all 18, providing vivid detail on the design strategy.

Why shouldn't Mancilla be excited about his pet project?

"Casino golf courses are generally the nicest courses, because the golf course doesn't need to make the money," Mancilla said. "The reason we like golf is it brings a certain clientele here -- a different clientele that wouldn't be here without the course. It's a little bit more affluent, loves to play games, drink and eat steaks."

Mancilla's passion for the game isn't just about the bottom line.

This becomes apparent as he speaks of his new course, crediting inspiration from rounds he has played at Royal County Down, Pinehurst No. 2 and Bethpage Black.

Ah, research, and the advantage of being in the casino business. These trips have both refined Mancilla's vision and inflated his ambition for his as-of-yet unnamed project, the second course at the Island Resort & Casino, which is owned and operated by the Hannahville Indian Community.

Upon opening in 2008, the first course at Island Resort & Casino -- Sweetgrass Golf Club -- quickly gained recognition for its conditioning and challenging layout. By 2011 it had landed an event on the Symetra Tour, and it annually ranks as the toughest track on the women's developmental circuit.

Sweetgrass has the wide fairways expected of a resort. But being in the short grass is no guarantee of success. If you are on the wrong side of the fairway, hitting the green can be nearly impossible as the intricate green complexes -- many of them raised -- are terraced and protected by humps and deep bunkers. An interesting touch at Sweetgrass are five historic metal-truss highway bridges -- saved from demolition from the Michigan Department of Transportation -- which have become course landmarks, most notably at the island-green 15th hole.

Each hole at Sweetgrass has a name that pays tribute to the area's Potawatomi roots. Off the tee at no. 10, named Firekeeper, is an eternal flame signifying the role of the Potawatomi among the Three Fires Tribes. The others are the Chippewa (keeper of the faith) and the Ottawa (keeper of the trade).

From rolling farmland, Paul Albanese sculpted a varied course full of memorable holes. Even within holes, there is great variety as tee boxes are arrayed to create different angles to the fairway.

Consider the par 4s -- two of them drivable and two others that measure 479 and 489 yards. The longest par 5 clocks in at 630 yards, but its L-shape allows players to get home in two with a gambling drive over water and sand.

The only two holes at Sweetgrass that are alike are the parallel par-5 finishers, both uphill, wrapping around the same waterfall lake and playing to a sprawling double green. One is 547 yards, the other 550, both with fairway bunkers complicating the approach. The other par 5 -- the 565-yard 11th -- might be the coolest approach on the course, with trees on either side of the fairway guarding the green, goal-post style.

On the back nine, in addition to the island-green par 3, there is another par 3 with a biarritz green, which can render a hole-in-one when the pin is in the valley. (As was the case on Sept. 3, 2015, when golf writer Tom Lang of the Detroit Free-Press scored his first ace.)

At Sweetgrass, the emphasis is on variety, and the driving force for that is Mancilla. "We have drivable par 4s on both sides," he said. "We have short holes up the hills and long holes down the hills. We like long par 3s and short par 3s."

This is Mancilla describing his new course, but the statement also applies to Sweetgrass.

Located two hours north of Green Bay, Wis., the Island Resort & Casino can seem like a desolate outpost. But the drive up -- much of it skirting Lake Michigan's Green Bay -- is beautiful.

And, once there, visitors discover a resort in vivid contrast to its countrified surroundings, with upscale golf, gaming, food and lodging.

If the new course, targeted for a 2018 opening, is everything Mancilla promises, the Island Resort & Casino will take its place among the best casino/golf destinations east of the Mississippi.

Until then, Sweetgrass still makes the Island an excellent golf destination, especially when combined with a package to play two other outstanding Upper Peninsula courses -- Greywalls Course and TimberStone Golf Course.

Kevin Dunleavy is a longtime resident of northern Virginia, a graduate of George Mason University, an award-winning reporter covering golf, colleges, and other sports for the Washington Examiner, and a single-digit handicap still seeking his elusive first hole-in-one. Follow Kevin on Twitter at @KDunleavy. 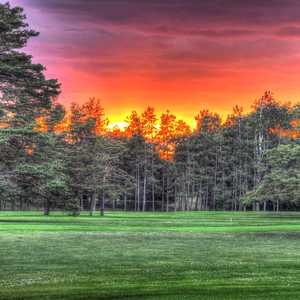 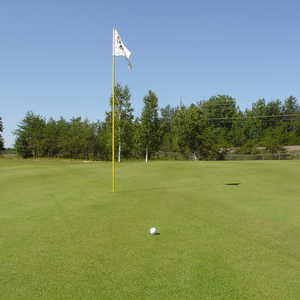 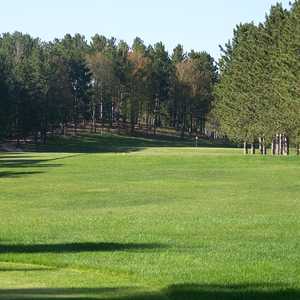