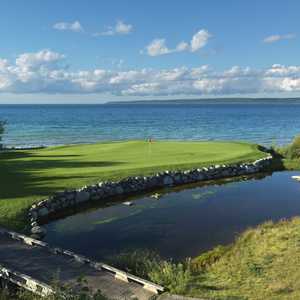 There are three unique nines at Bay Harbor Golf Club. The 27 holes combine to create three challenging and completely different 18-hole courses. The Quarry/Preserve Course begins by wandering through an immense shale quarry sprinkled with 40-foot gorges. The Quarry is the most photographed of all the courses and it is easy to see why. It plays across towering stone cliffs, providing elevated tees with stunning views. After weaving through a waterfall and a number of natural ponds, the course then ambles into the woods on the Preserve nine. Stately hardwoods, lush grasses, and wildflowers dominate the landscape of this nine. The golf course offers a different set of challenges than the Quarry. There are many tight fairways and forced carries that require a great deal of accuracy. The final hole opens up to a scenic view of where the course started, the waterfront. 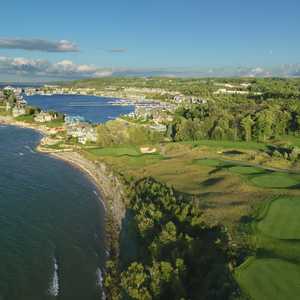 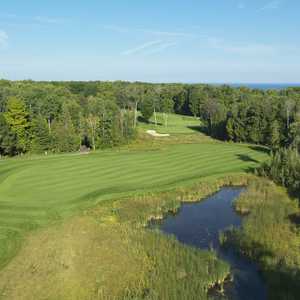